IT and Operational Spending in AML-KYC: A European Perspective

Website
Create a vendor selection project & run comparison reports
Click to express your interest in this report
Indication of coverage against your requirements
A subscription is required to activate this feature. Contact us for more info.
Celent have reviewed this profile and believe it to be accurate.
19 November 2019
Arin Ray
Neil Katkov

Celent estimates the combined spending on technology and operations in AML-KYC compliance by European financial institutions will reach US$12.5 billion in 2019.

Revelations of money laundering cases involving several major European banks are driving heightened scrutiny on know your customer (KYC) and anti-money laundering (AML) operations at financial institutions in Europe. Celent estimates that spending on technology in AML-KYC compliance by European financial institutions will reach US$3.2 billion in 2019 accounting for 38% of global spend. Spending on operations by European FIs in AML-KYC will reach US$9.3 billion in 2019.

The future of European AML operations will be shaped by many factors. The evolution of regulations in UK and Europe in the post Brexit world will have important ramifications for group wide AML compliance and how parent and local entities comply with the two regimes. On the continent, the continuous evolution of the European AML Directive, and the need for a harmonized framework and a new authority for intelligence sharing and enforcement will drive future developments. 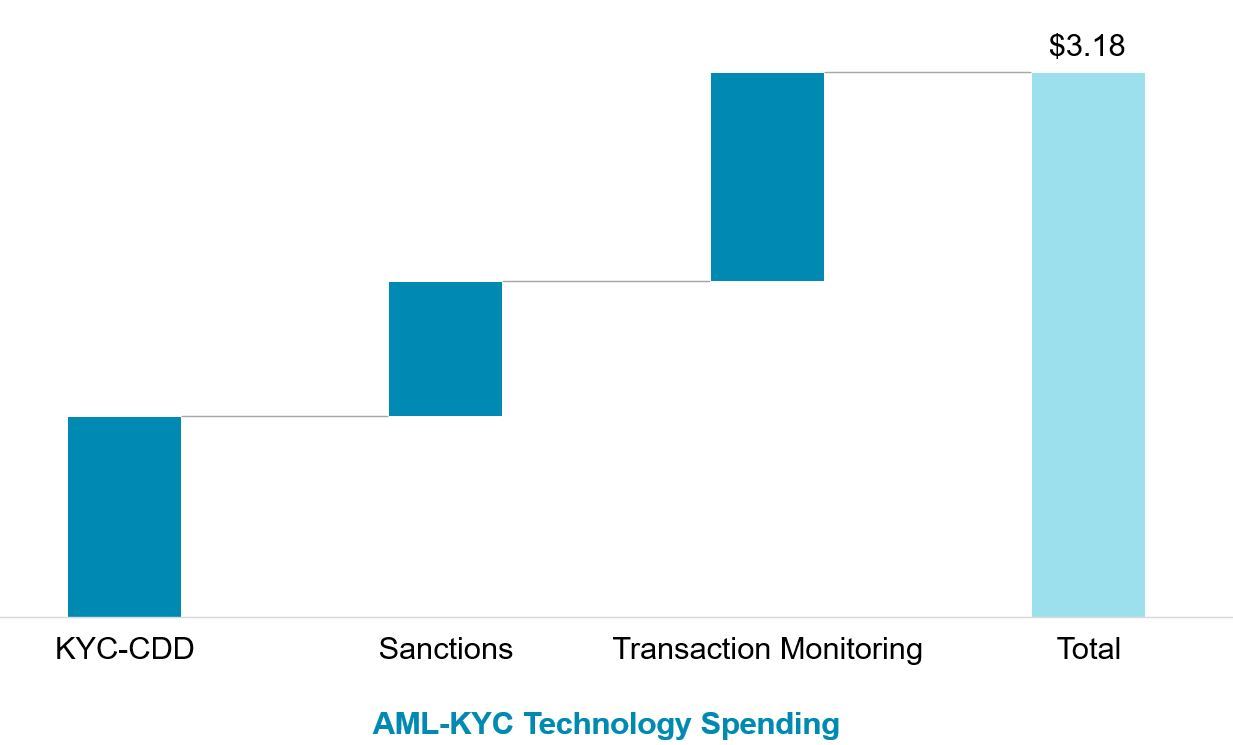 Source: Celent. Figures in US$ billions.

This report provides Celent’s estimates of spending on AML-KYC technology and operations by European financial institutions, including banks, insurance companies, broker-dealers, and wealth and asset management firms. The report presents European spending estimates as well as detailed breakdowns of:

This is the second in a series of Celent reports analyzing spending trends in AML-KYC. The first report in this series titled IT and Operational Spending in AML-KYC: A Global Perspective was published in September 2019.