Create a vendor selection project & run comparison reports
Click to express your interest in this report
Indication of coverage against your requirements
A subscription is required to activate this feature. Contact us for more info.
Celent have reviewed this profile and believe it to be accurate.
28 August 2012
Zilvinas Bareisis

A Case for Merchant-Funded Reward Programs

Merchant-funded rewards (MFR) platforms promise a truly “win-win-win” solution with clear benefits to merchants, financial institutions, and consumers. Many FIs have either already launched or are considering MFR programs. Do they deliver expected benefits? What does the future hold for merchant-funded rewards?

The report Can Card Issuers Turn Loyalty Program Costs into Revenues? A Case for Merchant-funded Reward Programs is the first of two reports on merchant-funded rewards. It discusses the definition and evolution of the term merchant-funded rewards and describes various companies competing in this space. In addition, this report describes a case for MFR programs and assesses the extent to which the expected benefits have been achieved so far in the market. It also reviews the current state of the market and considers its likely future direction. 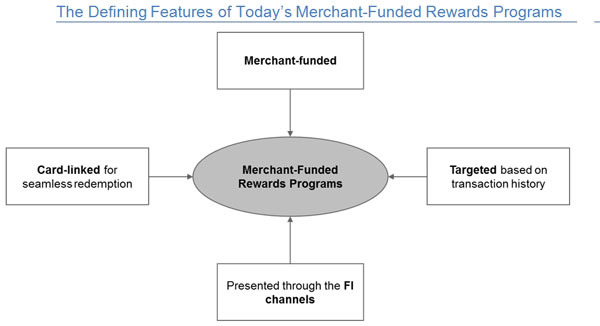 “It takes time and effort to build a substantial network of merchants, FIs, and consumers, which is why the MFR programs have yet to truly move the needle in terms of overall results,” says Zilvinas Bareisis, Senior Analyst with Celent’s Banking Group and author of the report. “However, the MFR market is brimming with promise, clearly on an upward trajectory in terms of FI and merchant adoption, and with some impressive individual success stories already.”

Third party MFR platform vendors, such as Affinity Solutions, Cardlytics, Cartera Commerce, edo Interactive, FreeMonee Network, Truaxis, and other players such as Linkable Networks play a critical role in MFR market development. A companion Celent report, Selecting a Merchant-Funded Rewards Platform: An In-depth Analysis of MFR Vendors, includes detailed profiles of each of these players and an in-depth analysis of how the platforms can be distinguished from one another.