Create a vendor selection project & run comparison reports
Click to express your interest in this report
Indication of coverage against your requirements
A subscription is required to activate this feature. Contact us for more info.
Celent have reviewed this profile and believe it to be accurate.
26 April 2017
Eiichiro Yanagawa 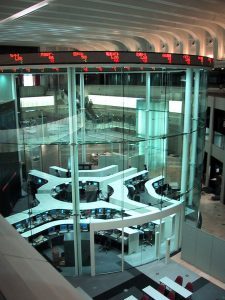 Shortening the settlement cycle has the direct benefit of reducing settlement risk. In addition, the resulting increase in liquidity can also be expected to indirectly contribute to maintaining and strengthening the market’s competitiveness internationally. Japan Securities Dealers Association (JSDA) and the Working Group on Shortening of the Stock Settlement Cycle have sought to forge a consensus among market participants on how to address the following three points.

The European market migrated to T+2 securities settlement in October 2014, ahead of Japan. In coming to grips with the market reform witnessed in Europe, Asia-Pacific market participants have struggled with process changes and compliance measures accompanying settlement cycle shortening. Addressing challenges from the investment that would be required to risk points proved to be issues that could not be tackled lightly. Meanwhile, in the post-reform European market with the shortened settlement cycle the “settlement revolution” continues to play out.

The simultaneous implementation of integrating the securities settlement infrastructure (central securities depository (CSD) integration in Europe due to T2S (TARGET2-Securities) clearing settlement system) in tandem with market system reform (implementation of common European CSD regulations) ushered in a major turning point in infrastructure and great advances in the post-trade processing ecosystem for the first time in 20 years in the European market.

European market participants significantly expanded investment in the sectors of technology, operations, and systems, however, this has been taking place at the same time, that the entire securities industry is facing intense pressure to cut costs. This growth in IT spending coupled with cost-cutting pressures has spurred an evolution in post-trade operation models that has seen them move from being in-house, closed, and integrated to more innovative, open, and linked.

What actual changes transpired in the European market following the shift to T+2 conducted in parallel with market infrastructure system integration? Here we will draw on the changes seen in the wake of the European securities to explore responses in Japan’s market as it moves to follow suit.

The simultaneous pursuit of securities settlement infrastructure integration (integration of CSDs across Europe via the T2S platform) and securities settlement system reform (implementation of CSD regulations common across Europe) marked a major turning point as they brought about the first major rethinking of the post-trade ecosystem and infrastructure in the European market in 20 years.

Although market participants have greatly expanded spending on technology, operations, and systems, they still face intense pressure to reduce costs. This growth on IT spending coupled with cost-cutting pressures has spurred an evolution in post-trading operation models that has seen them move from being in-house, closed, and integrated to more innovative, open, and collaborative.

Participants in the post-trade market not only face the need to improve the efficiency of routine operations, but also to reduce costs through shared and mutual use of operations and systems, devise new business models through business alliances and partnerships, and convert post-trade operations from a cost center to a profit center. Pursuit of heightened efficiency in operations as a means of cutting costs is spurring new initiatives—such as through streamlining operations, pooling collateral, and reducing intermediaries—that are in the processes of redefining the structure of the industry.

For individual financial institutions seeking to trim costs by simplifying and standardizing operations, business process outsourcing (BPO) was a good first step. However, the introduction and proliferation of utility services has generated secondary added value and cost reductions on a scale greatly transcending that possible through individual, company-based BPO initiatives.

For instance, new asset management services created via partnerships between small and medium-sized local custodians and large CSDs and efforts to parlay post-trading operation centers into new profit centers are typical examples. The viewpoint of improving the efficiency of securities settlement infrastructure can serve as a chance to reevaluate efficiency, optimization, and added value through comparing cost savings possible through mutual or shared use of operations and systems versus the merits of simple BPO with outsourcing use.

In particular, firms do not need to worry unnecessarily about excessive dependence on other firms, but rather medium- and small-sized market participants will find business alliances and introducing utility services as indispensable to bolstering their bottom lines. This move toward alliances and use of utility services is driving a shift toward the vertical integration of operation flows and partnerships and integration among smaller CSDs.

English version will be forthcoming shortly.