Payment Infrastructure Trends in Japan, Part 2: Making Effective Use of the BOJ-NET

Create a vendor selection project & run comparison reports
Click to express your interest in this report
Indication of coverage against your requirements
A subscription is required to activate this feature. Contact us for more info.
Celent have reviewed this profile and believe it to be accurate.
31 October 2019
Eiichiro Yanagawa

Japan's payment infrastructure has made steady advances in line with the overarching policy proposals issued in 2015 by a working group under the Financial System Council of the Financial Services Agency. The expansion of the Zengin System discussed in Part 1 is seen laying the groundwork for innovation to create enhanced new payment services in the retail sector to more seamlessly bring together financial and IT facets. Part 2 considers advancements in payment services that support corporate growth through the effective use of BOJ-NET.

BOJ-NET is a computerized system that enables online processing and electronic transfer of funds—deposits and withdrawals—and Japanese Government Bonds (JGBs) between entities such as financial institutions with current accounts at the BOJ. The operational scope of BOJ-NET has gradually yet steadily been broadened since it began operation in 1988.

Through concerted efforts over many years, the BOJ and settlement service operators have worked to revise designated-time net settlement (DTNS) for domestic exchange payment/ settlement as well as for foreign exchange settlement, to introduce DVP for JGBs, electronic commercial paper (CP), corporate bonds, and mutual funds in securities settlement, and to reorganize securities and JGB clearing organizations.

A special council under the BOJ, the Forum Towards Making for Effective Use of the BOJ-NET has been conducting an ongoing discussion on how to fully harness the BOJ-NET. This deliberation has been conducted in parallel with developments including the BOJ-NET system going fully live in October 2015 and operating hours being extended in February 2016 (until 21:00 under the first phase).

In terms of implementing advancements mainly in wholesale payments infrastructure, it is easy to imagine that initially, the demand side of financial services centering on the manufacturing industry will see intensifying overseas development, increasing foreign ownership of JGBs, and a rise in global collateral demand. Meanwhile, on the supply side of financial services (banking and financial institutions), we should expect to see efforts expanded to use the wealth of yen-denominated assets in Japan as collateral for activities overseas as well as expanding settlement services to overseas firms and non-residents. 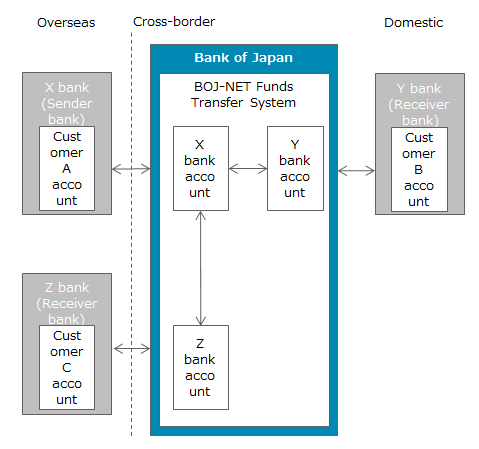