Create a vendor selection project & run comparison reports
Click to express your interest in this report
Indication of coverage against your requirements
A subscription is required to activate this feature. Contact us for more info.
Celent have reviewed this profile and believe it to be accurate.
24 January 2017
Bob Meara
In my work as a research analyst, I run into three particularly common mistakes. Banks aren’t the only ones that make these mistakes. I make them too and have to be vigilant to avoid them. 1. Failure to appreciate diversity of needs or preferences2. Failure to appreciate the shrinking half-life of facts3. Failure to skate to where the puck is going Let’s look at each one briefly…

Failure to appreciate diversity of needs or preferences This is utterly common. You see it in headlines all the time. “Millennials this…”, “Small businesses that…”, Community banks are…”. The trap involves extrapolating limited data to an entire population. Two current examples illustrate: The Use of AI in Banking is About to Explode. Apart from confusing AI with predictive analytics (which is more broadly used), the article asserts “explosive” future adoption of AI right around the corner. I’ll just say that this assertion vastly overstates planned adoption of AI among North American banks based on recent Celent research. Bank on Changes. Among other things, this pleasant article states “Smaller community banks like Edison, which emphasize personal service, said they have no plans to scale back drive-through or other services at brick-and-mortar locations.” While referring to a small number of community banks interviewed for the article, it projects those results on the entire community bank population.

So, are community banks planning on maintaining their current brick-and-mortar services in their entirety – despite the growth in mobile banking utilization? Some are and some aren’t. the figure below displays results a very question posed in a December 2016 Celent survey of North American financial institutions. "Compared to your current branch count, how many branches do you expect your institution will operate five years from now?" The report is not yet published. The idea is simple: banks serve diverse markets and make a diversity of decisions as well. The diversity of expected response is glaring in this data! So as not to give away too much of the report’s contents, I refrain from graphing the results of that question by asset tier. 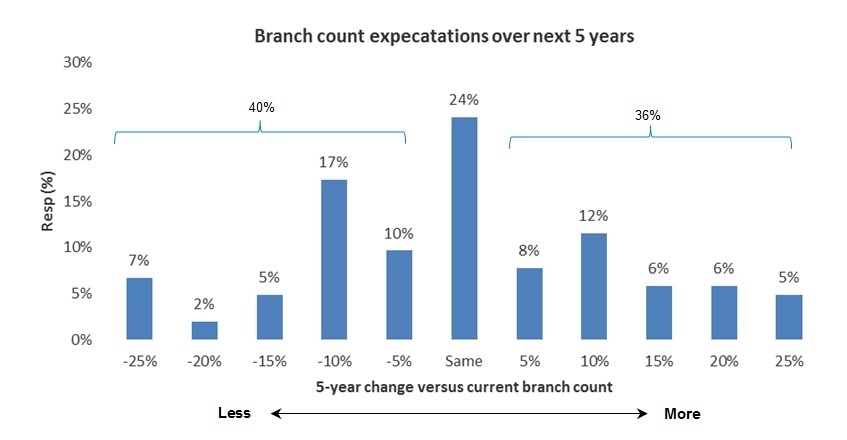 Failure to Appreciate the Shrinking Half-Life of Facts Assertions abound about customers, what they do, want and value. Some data points supporting these assertions are dated. This is increasingly dangerous. Samuel Arbesman argues for a shrinking half-life of facts in his book, The Half-Life of Facts. Most substantive change takes a while to accomplish – particularly among large organizations. I think many banks are at risk by assuming the facts as they knew them at the beginning of a protracted initiative will remain after the initiative is finished. 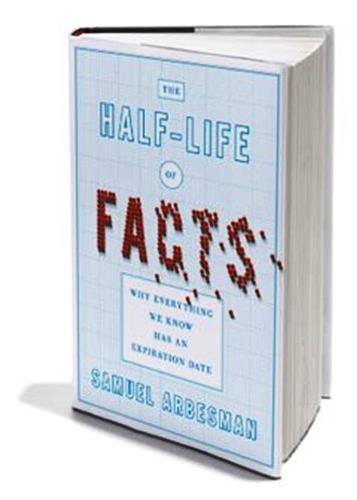 When it comes to mobile, for example, six months is a long time and a year is eternity.

Failure to Skate to Where the Puck is Going Even those of us who aren’t hockey fans are familiar with the famed Wayne Gretzky quote about skating to where the puck is going instead of where it has been. I saw this up close and personal as part of a research effort exploring the current and likely evolution of retail delivery channel technology. Omnichannel delivery clearly remains aspirational at most institutions (I’ll defend that assertion thoroughly in the upcoming report). Yet, even as most surveyed institutions concede the importance of omnichannel delivery, the significant majority are not yet meaningfully engaged in bringing it about. How could that be? Many banks – particularly those with below industry average mobile banking customer utilization – aren’t feeling the pain yet. They are skating to where the puck has been. When they do feel the pain, it will likely be the result of much damage already inflicted.