IT and Operational Spending in AML-KYC: A North American Perspective

Website
Create a vendor selection project & run comparison reports
Click to express your interest in this report
Indication of coverage against your requirements
A subscription is required to activate this feature. Contact us for more info.
Celent have reviewed this profile and believe it to be accurate.
27 February 2020
Arin Ray
Neil Katkov

Celent estimates that the combined spending on technology and operations in AML-KYC compliance by North American financial institutions reached US$13.3 billion in 2019.

The central role of the US economy, its currency, and its financial institutions have for a long time played a central role in facilitating trade and payments globally. In recent years, advancements in technology are making payments, including cross border financial flows, more and more frictionless. It also makes the US a prime target of money laundering. Up north, Canada has challenges of its own in combatting money laundering due to its relatively underdeveloped anti-money laundering (AML) regime and illicit flows from across the globe especially China.

As regulators and political authorities in North America seek to reform and strengthen AML frameworks, financial institutions are facing new compliance requirements that are driving spending on AML and Know Your Customer (KYC) technology and operations. Celent estimates that spending on technology for AML-KYC compliance by North American financial institutions reached US$3.4 billion in 2019 ; spending on operations reached US$9.8 billion in 2019.

The future of North American AML operations will be driven by the regulatory and legislative agenda of modernizing the AML frameworks both in the US and in Canada. On the other hand, new technology will play a pivotal role in modernizing AML systems and processes at large banks. Smaller banks and non-banks will also grow their spending as regulatory scrutiny grows on those segments.

KYC-CDD Is The Biggest Driver of Technology Spending 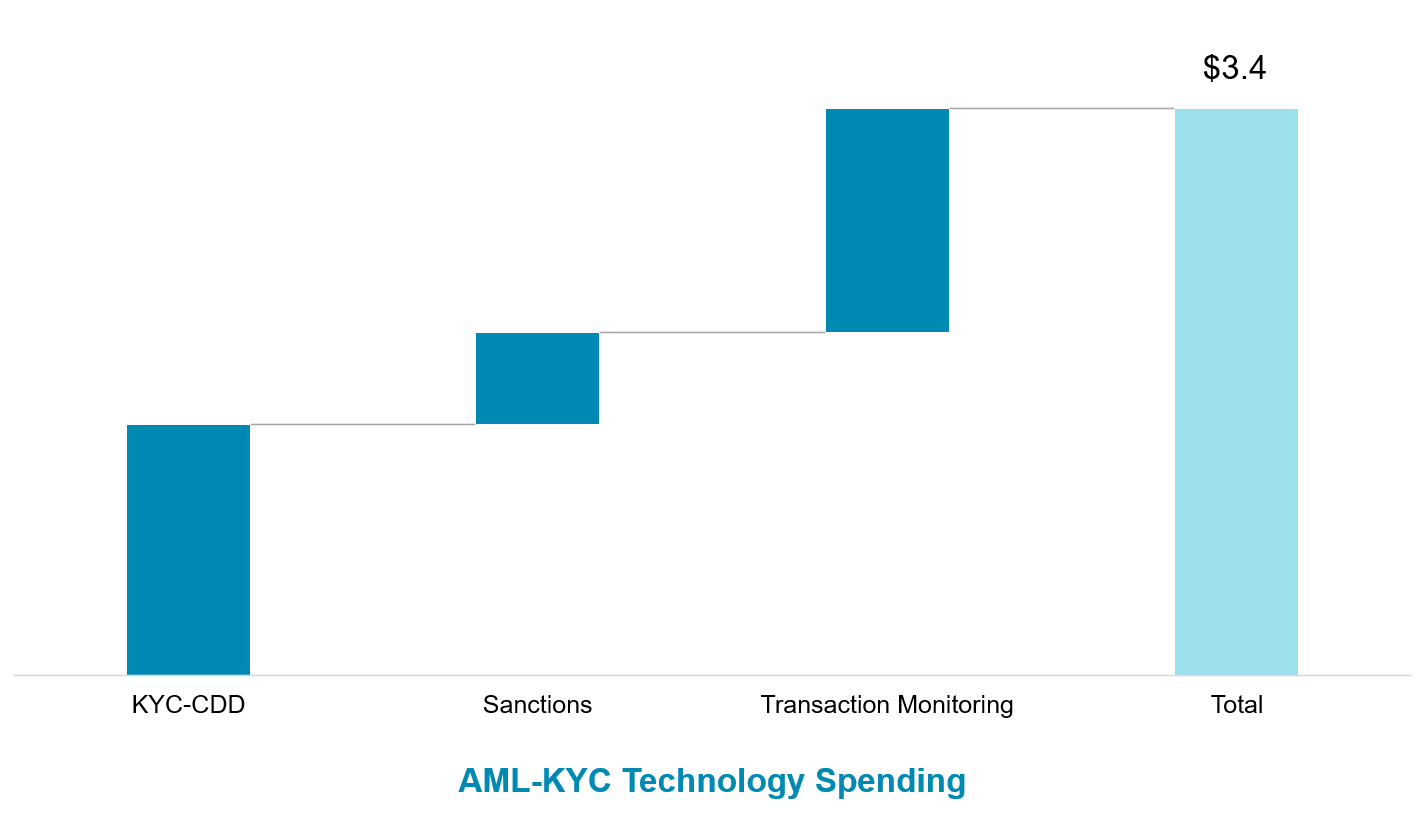 Source: Celent. Figures in US$ billions.

This is the fourth in a series of Celent reports analyzing spending trends in AML-KYC.