Islamic Banking in the Middle East and North Africa

Create a vendor selection project & run comparison reports
Click to express your interest in this report
Indication of coverage against your requirements
A subscription is required to activate this feature. Contact us for more info.
Celent have reviewed this profile and believe it to be accurate.
25 November 2008

Islamic finance has become a major global industry, with over 300 institutions currently involved in both Muslim countries and international markets. Globally, Islamic banking assets are estimated between US$ 650 billion and US$700 billion and have registered a growth rate of 10–15% per year over the last decade.

The Middle East region has seen exceptional growth in terms of both institutions providing Islamic financial services and assets under management. The Middle East is one of the most developed Islamic banking markets, with more than US$255.8 billion in assets. However, development varies between countries: Saudi Arabia and Kuwait are reaching the maturity phase, while other markets are still in growth phases. 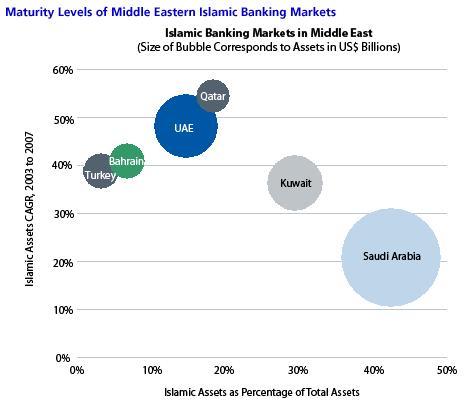 "Islamic banking is an attractive business because it is generally highly profitable. Major Islamic banks have been less impacted by the financial crisis than conventional banks," says

Perrine Fiorina, an analyst with Celent’s banking group and author of the report. "However, competition among banks has intensified in the Middle East, making the North African region more attractive for market entrants."

The 52-page report contains 44 figures and nine tables. A table of contents is available online.

of Celent's research services can download the report electronically by clicking on the icon to the left. Non-members should contact info@celent.com for more information.