Create a vendor selection project & run comparison reports
Click to express your interest in this report
Indication of coverage against your requirements
A subscription is required to activate this feature. Contact us for more info.
Celent have reviewed this profile and believe it to be accurate.
22 August 2013
Bob Meara
Mobile RDC (mRDC) is so hot right now. And, for good reason – the capability matters to consumers. In fact, consumers value it rather highly compared to other mobile banking functionality. In a June 2013 Celent survey of US internet active consumers, mRDC was the second most highly valued capability surveyed, with two-thirds of smartphone users ranking the capability “highly valuable” (6 or 7 on a 7-point scale). Among those surveyed, mRDC was more highly valued than person-to-person payments (54%) and the emerging capability to enroll a new bill payee using the phone’s camera (46%) which a handful of banks offer. 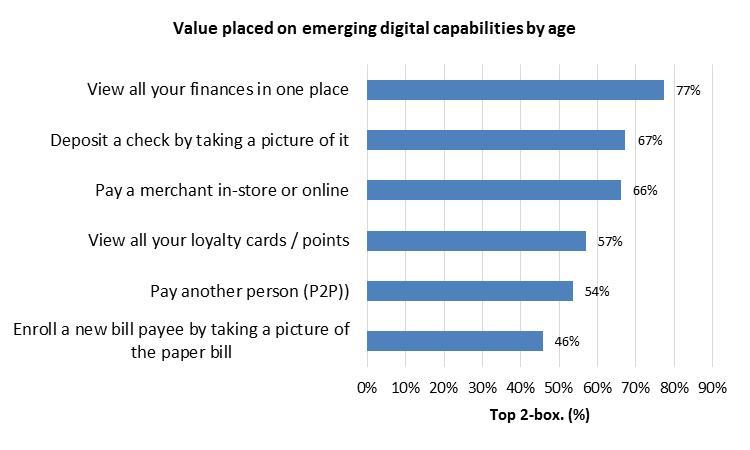 Despite the obvious wisdom in adopting mRDC, there’s a growing chorus advancing the assertion of prodigious cost savings realized with every mRDC deposit. Some assertions are in the $4.00 per deposit range. The argument is based on estimates of average per-deposit transaction costs of $4.50 or greater for branch deposits and as little as $0.25 for mRDC. Vendors cite these numbers as if the business case were inviolate and cost savings immediate. I think this is hogwash for several reasons. 1. Cost savings through mRDC - or any self-service mechanism for that matter – is only realized when a commensurate operating cost reduction in the branch infrastructure is affected. Easier said than done. Most banks have long since thinned their teller ranks. More substantive cost reductions must come through process redesign, automation, physical redesign and organizational change. These are huge undertakings. Banks are grappling with the unsustainability of their branch networks. mRDC isn’t their silver bullet. It’s simply contributes to the erosion in foot-traffic already taking place. 2. Branch transaction cost estimates, even if precise, are usually fiction. Most banks I’ve interviewed concede their activity based costing models are rudimentary at best. More importantly, branches serve multiple, important functions beyond deposit processing and these are often not reflected in the transaction cost estimates. 3. mRDC cost savings are argued to be a result of displacing teller transactions with low-cost self-service deposits. Great idea, but what about the ATM channel most banks just invested in? How much cannibalization of image ATM deposits are assumed in the calculation? Not much I dare say. To the extent this occurs, it erodes the theoretical cost savings of mRDC. 4. And lastly, the total costs of mRDC are typically understated once licensing, maintenance, support, compliance and training are included. Where does this leave us? mRDC is a great innovation; a real win-win. But, unless your head of retail is willing to commit to $4.00 in cost reductions for every forecasted mRDC deposit (I haven't met one yet), the cost savings claims may be more theoretical than real. Said another way, migrating transactions to self-service channels remains an important objective. Let’s not overstate the short term cost savings associated with doing so.