Why the branch banking controversy will continue

Create a vendor selection project & run comparison reports
Click to express your interest in this report
Indication of coverage against your requirements
A subscription is required to activate this feature. Contact us for more info.
Celent have reviewed this profile and believe it to be accurate.
26 February 2015
Bob Meara
The branch is dead, long live the branch! Controversy around the wisdom (or not) of investing in the branch channel amidst rapidly growing digital banking adoption is showing no signs of letting up. Consider three articles published in the past week: I’ve observed that most advocacy is binary; either branches are next to worthless or the branch is king. Where is the middle-of-the road position? I’d like to offer one. For starters, retail banks serve a diverse market with diverse needs and preferences. Why then do so many critics insist banks must react to digital banking’s growth in lock-step? How many times have you heard the comment, banks are lemmings? Well, this time they’re not. Get over it! We will continue to see a diverse response to the digital ascendency. But, I do struggle with the sustainability (or even desirability) of the current branch density in many markets – particularly in the US. I don’t think it will be defensible for very long. Let’s put it into perspective. Between 2000 and 2010, US bank branch density grew from 230 to 270 branches per million. Celent looked at a dozen other retail categories and couldn’t find a single one (except banks) that grew store density over the same period. Just the reverse happened, even though digital commerce remains less than 20% of total retail sales. [caption id="attachment_4764" align="aligncenter" width="655"] 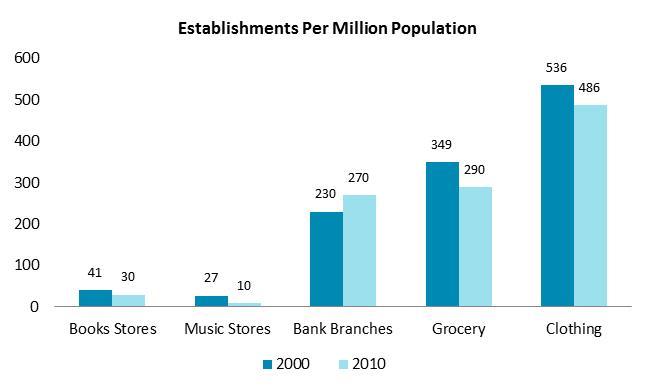 Source: US Department of Commerce, FDIC, Datamonitor, Celent analysis[/caption] Like retailers, banks have certainly embraced digital channels. But, unlike retailers, banks have not invested in digital engagement. Until recently, digital channels weren’t about sales and servicing (that’s what branches are for…) but about facilitating transactions. Rare is the retailer of any size that does not have a digital presence designed to conduct commerce. But, the significant majority of banks do not yet have that capability. And, in some cases, the user experience is poor. Why? In part, because banks have focused on transactions, not sales and service in the digital channels. As this changes (and it is), I believe we will see a corresponding contraction in branch densities – just like in most other retail segments. Until banks demonstrate the ability to sell and service customers digitally, they will be overly reliant on the branch channel. [caption id="attachment_4701" align="aligncenter" width="600"] 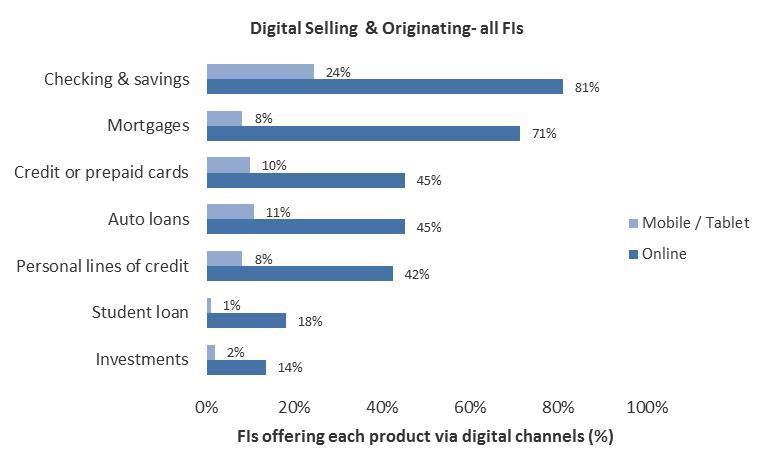 Source: Celent survey of North American financial institutions, October 2014, n=156[/caption] The next few years will be telling. What do you think?