Name Your Price for Banking

Create a vendor selection project
Click to express your interest in this report
Indication of coverage against your requirements
A subscription is required to activate this feature. Contact us for more info.
Celent have reviewed this profile and believe it to be accurate.
We are waiting for the vendor to publish their solution profile. Contact us or request the RFX.
17 January 2013
Zilvinas Bareisis
On January 15th, Green Dot, a US-based company best known for its prepaid cards, announced the launch of GoBank, a full FDIC-insured bank account designed for and available via mobile phone. Promoting itself as "a bank with tomorrow's technology", it does indeed come with a host of attractive features, such as a mobile-only account opening, checking the balance in 2 seconds without logging in, multiple ways to deposit money (from direct deposit to check RDC to deposits via any Green Dot retailer, such as Wal-Mart), and a network of over 40,000 ATMs to withdraw cash for free. It also includes alerts and other tools meant to help customers manage their money, such as, for example, "Ask the Fortune Teller", which if a person tries to spend too much, might say: "Remember that time you won the lottery? I don't either!" 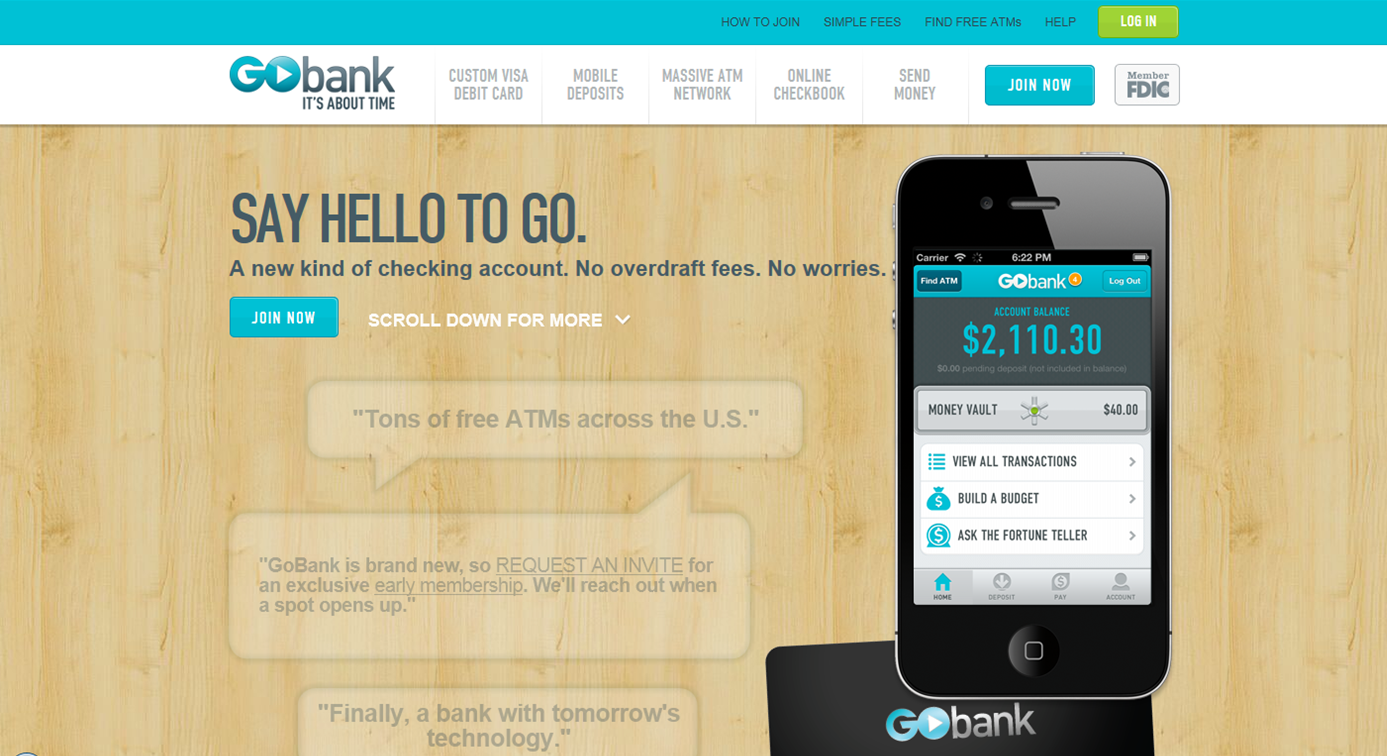 However, perhaps the most innovative feature of GoBank is its approach to pricing. GoBank promises to do away with many traditional banking fees, such as for overdraft. It is also planning to let the customers name their own monthly fee, up to $9 a month. That's right - there is no fixed monthly fee, instead, the bank asks the customers how much they are willing to pay. Now, as far as I know, that is new in Banking; I've only seen it done in other industries. In the early days of the Internet revolution, I recall websites that would let the users name their price for a seat on the plane or a hotel room. More recently (in 2007), Radiohead, a popular UK band, made news when they started distributing their “In Rainbows” album themselves online and allowed listeners to name their price before downloading. Of course, many downloaded it for free, and subsequently the album was released as a CD available via regular channels. I am sure there will be many customers of GoBank that will also decide to pay nothing. However, perhaps this is not as crazy as it might seem at first glance. As a “purely mobile” offering with no branches, GoBank’s costs must be lower than that of most other banks. The bank probably expects that the fees they will be charging (e.g. out-of-network ATM use or personalised debit cards at $9 each and others) will more than cover those lower costs. And they might be in for a positive surprise – I also fully expect that some people will offer to pay monthly fees if they genuinely like the service. After all, I was one of those that did pay a voluntary fee to download “In Rainbows” and ended up buying the actual CD… It is too early to tell what kind of impact this migth have on the banking industry, but good luck to the team at GoBank! We will be watching their progress with interest.