Create a vendor selection project & run comparison reports
Click to express your interest in this report
Indication of coverage against your requirements
A subscription is required to activate this feature. Contact us for more info.
Celent have reviewed this profile and believe it to be accurate.
16 August 2012
Bob Meara

Gareth Lodge and Zil Bareisis both blogged on the difficulties mobile payments have had at the London Summer Games over the past few weeks. I have nothing to directly add by way of personal observation, since I’ve been stuck in Atlanta the past few weeks.

Gareth’s citing the widespread use of cash despite Visa’s expensive promotion of mobile NFC payments caught my notice. Payment choice at point of sale is a consumer choice, of course, so long as the merchant accepts the payment of choice. Much has been written about consumer adoption of NFC (or not). But what of merchants. What do they wish for? We know the Starbucks story and that now, Dunkin' Donuts has launched its own mobile payment application. To that I say big deal. Even Waffle House has its own app, but it doesn't do payments. But what about small businesses – all several million of them? Will they all want their own app too (and will you want them on your phone)? I digress. Having nothing to do with the Olympics, Celent surveyed 500 small business owners of multiple varieties this summer to explore attitudes on invoicing, payments and the like. We found that checks were the most widely accepted payment method, closely followed by cash. True, a significant number of the businesses surveyed were B2B businesses, but c’mon! Barely a third accepted credit cards. What gives? 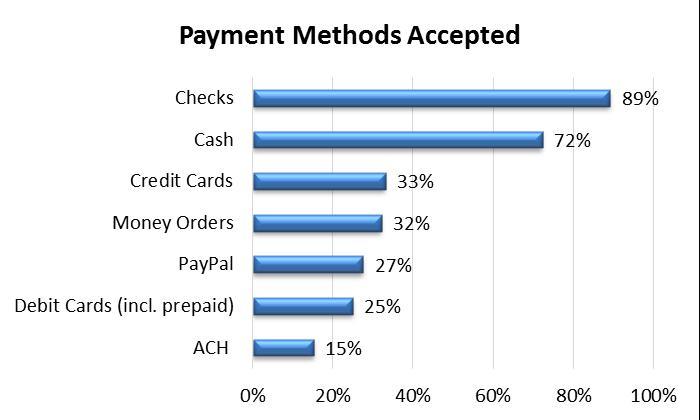 The survey went on to ask, “If you could be paid the same way each time by every customer –how would you choose to be paid?” Here we go again… checks and cash – dramatically more preferred than the next closest payment type (ACH) by a factor of three! 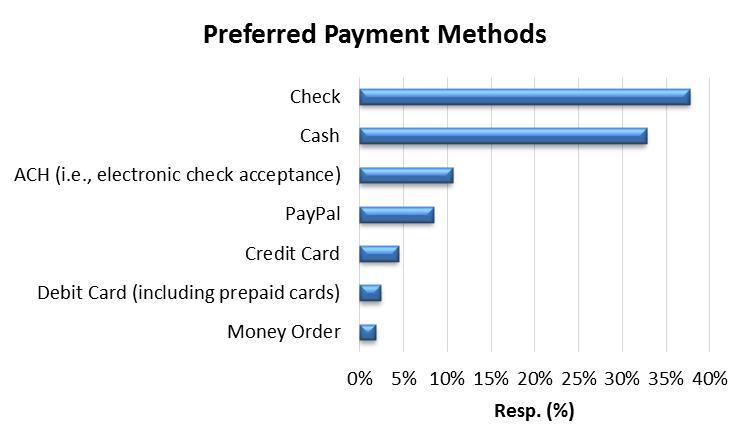 Why the devotion to antiquated payment methods? In the case of cash (in order of incidence): 1. Less chance of bad funds 2. Less expensive (no interchange) 3. Immediate funds availability In the case of checks, it’s all about the lack of transaction fees, since the chance of bad funds is a real and present danger with checks unless one spends for guarantee services. Sure, there are use cases where Square may be awesome for example, but to the significant majority of U.S. small businesses, neither technology nor electronic payments is all that interesting to them. This seems particularly true among older demographics. For example, in the same survey, only 15% of business owners/managers 65 and older thought tablets were “somewhat or very important to running their business”. In contrast, 45% of owners/managers 40 and younger felt that way. So, while it often appears that we are on a fast-track to mobile payments ubiquity, at least among the millions of small businesses that aren’t yet convinced, it may in fact be a long and winding road. Don’t throw away your leather wallets just yet.