Create a vendor selection project & run comparison reports
Click to express your interest in this report
Indication of coverage against your requirements
A subscription is required to activate this feature. Contact us for more info.
Celent have reviewed this profile and believe it to be accurate.
18 December 2016
Donald Light
Karlyn Carnahan

This report presents Celent's 2016 survey and evaluation of core claims systems offered to North America property & casualty insurers. Twenty-eight vendors offering 30 systems are presented in the profiles in this report.

Core claims systems gather and process information regarding the underlying policy and coverages, the claim, and the claimant; evaluate and analyze the circumstances of the claim; make decisions and take actions including payment; and execute transactions and preserve a record.

The winners of Celent’s XCelent awards are announced in the report.

“Few carriers are doing nothing when it comes to claims. More than half are engaged in some level of replacement of the claims admin system in the current year,” commented Light. “The reasons for such activity are plentiful. Legacy claims systems are aging, which means that they are expensive to maintain." 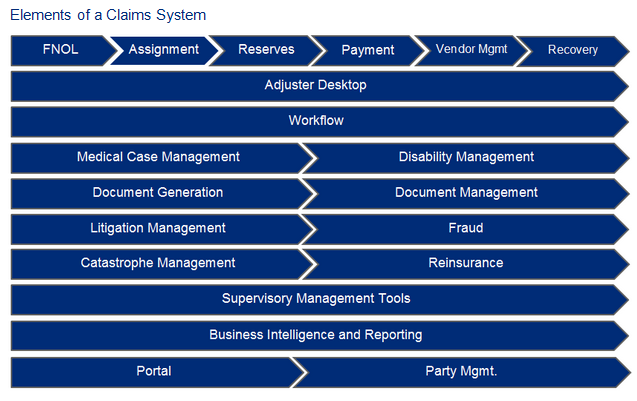