Create a vendor selection project & run comparison reports
Click to express your interest in this report
Indication of coverage against your requirements
A subscription is required to activate this feature. Contact us for more info.
Celent have reviewed this profile and believe it to be accurate.
6 August 2020
Alenka Grealish 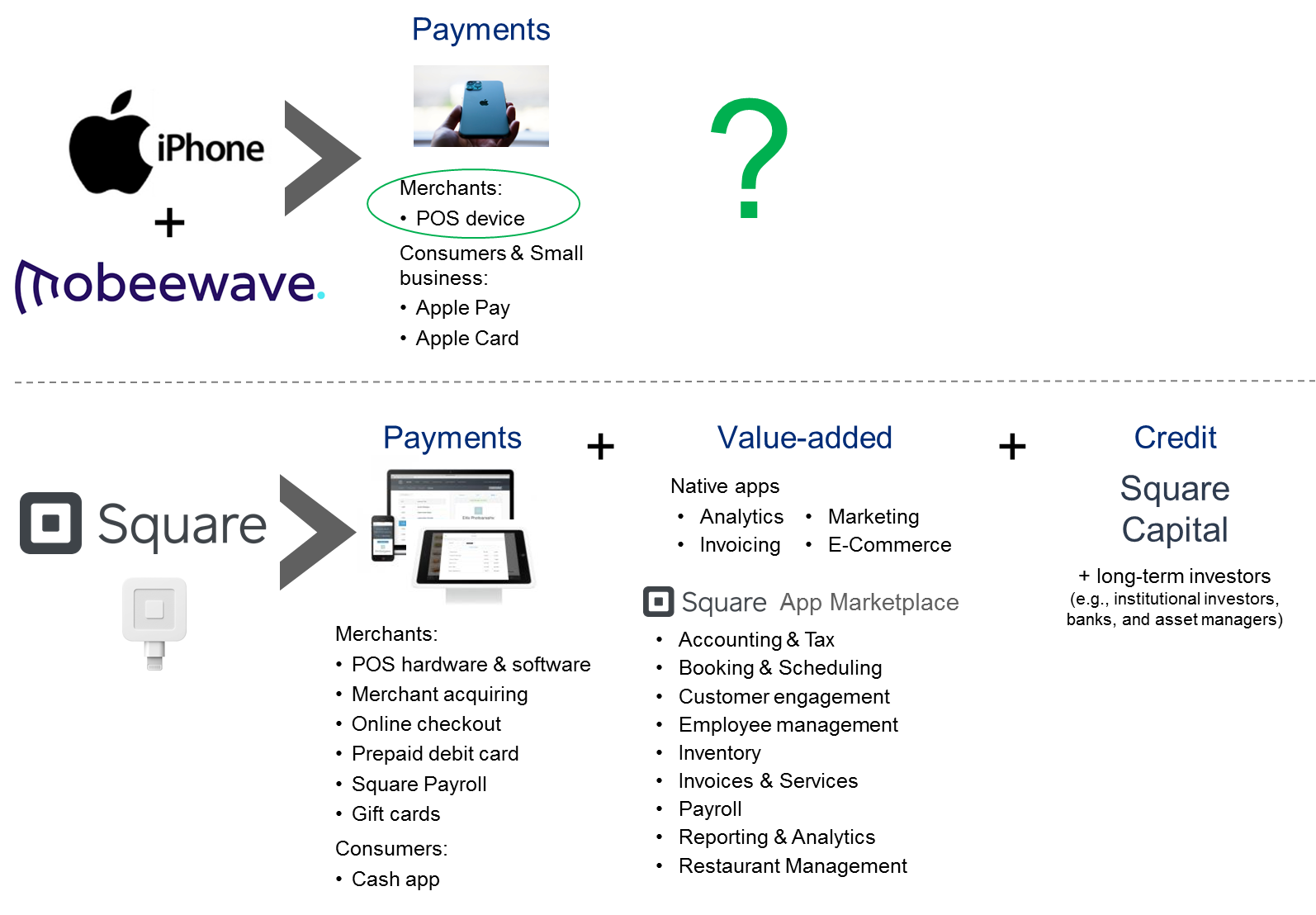 Based on Apple’s occasional big splashes in payments, incremental is the answer but a telling incremental. Apple is playing a long game in payments and seeking specific, lucrative plays. Its kick-off in 2014 brought Apple Pay, now available in 60 countries. Its belief in a better UX and UI for credit cards led to the 2019 launch of Apple card via Goldman Sachs. Its acquisition of Mobeewave is a strong signal that it sees the shift in customer payment preference to contactless resulting from COVID-19 as a systemic shift. And that small merchants need an easy way to offer mobile POS in response.

Is Apple’s mobile POS play the equivalent of Square’s dongle? A humble beginning to a broad platform strategy? Likely not. Firstly, it is not offering acquiring services which is Square’s anchor. Second, it has a much broader and successful platform strategy underway. While it might not be aiming to become Square, as a hardware producer, it could be aiming to build its smart phone and iPad POS penetration at small to medium-sized merchants. Keep an eye out, Fiserv Clover, Verifone, Poynt…