Mobile banking adoption growth is slower than you think

Create a vendor selection project & run comparison reports
Click to express your interest in this report
Indication of coverage against your requirements
A subscription is required to activate this feature. Contact us for more info.
Celent have reviewed this profile and believe it to be accurate.
2016/07/12
Stephen Greer

In March of this year the Federal Reserve released the newest iteration of its consumer survey report on mobile banking, Consumers and Mobile Financial Services 2016. One fact that sticks out is how slow mobile banking adoption has been over the last few years. While 53% of smartphone users have used mobile banking in the last 12 months (nowhere near “active”), that number has only grown 3 points since 2012, a CAGR of just 1.9%! This is hardly the unrelentingly rapid pace of change espoused by many who thought evolving customer behavior would overwhelm traditional banks’ ability to adapt. 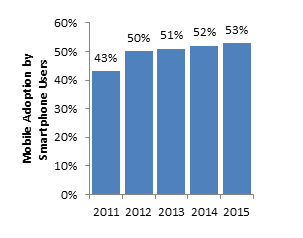 Obviously there’s a disconnect between the hype surrounding mobile banking and the reality of how consumers are actually interacting with financial institutions. But why then have forecasted rates of adoption not been realized? There are a few possibilities. 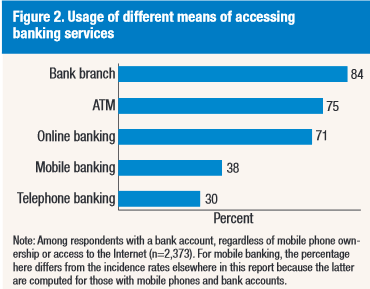 Mobile banking isn’t taking over the financial lives of consumers as much as institutions and many analysts predicted it would, and at least for now is settling into a position alongside other interaction points. Consumers are clearly opting to use channels interchangeably, and it’s not obvious that mobile will have any predominance in the next few years. As a result, banks need to move away from arbitrary goals surrounding channel migration and instead let the consumer decide what works best for them. This certainly doesn’t imply that institutions should stop developing mobile—there’s clearly lots of areas for improvement—but it’s important to not get swept up in the hype surrounding emerging channels.

Remember, more than 60% of FI customers aren’t enrolled in mobile banking, and it accounts for only 2% of sales. Focusing so intently on capturing such a larger share of mobile-first or mobile-only consumers risks misaligning bank resources towards projects that don’t offer the maximum value. Banks shouldn’t be rushing into things—they’ve got time to do this right and in an integrated way.

Financial institutions need a mobile strategy for younger consumers who will most certainly prefer mobile, but older consumers aren’t going anywhere anytime soon. Mobile, at least for now, isn’t the end-state. Mobile-only banks aren’t going to take over the world anytime soon and institutions should be considering the broader proposition of digital in the organization. ​​​​This means a solid digital strategy across all channels, and a focus on driving the experience, not pure adoption.